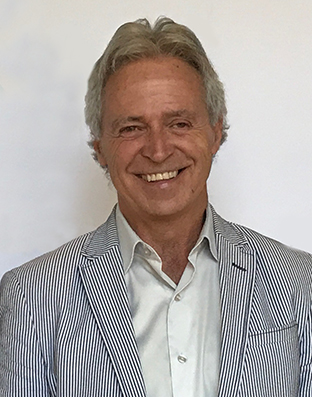 Over the past 25 years, driven by values such as transparency, listening, integrity, personal excellence and especially teamwork, working as a senior executive for companies in many industries in both the domestic and international markets, Daniel has exhibited an innate flair for optimizing business performance.

He started his career at IBM Canada in sales, then joined the Desjardins Group at age 28 as Vice President of Sales, Marketing and Communications for Assurances générales des Caisses Desjardins, participating in the implementation of the Bank-Insurance concept that grew the business from 90M$ to 400M$.

Over the following years, Daniel returned to the information technology sector to lead two software companies, including Geo-3d, where he was the president and an investor. After first bolstering its sales, he led a transaction that culminated in the acquisition of Geo-3d by California-based Trimble Navigation Systems at more than twice the estimated value anticipated by the original shareholders.

More recently, after conducting several executive management mandates within different technology companies, he became, in 2017, COO and shareholder at INTEGRIM, a leader in the Electronic Content Management field.

As passionate in his personal life as in his professional life, Daniel is an avid sportsman who practices hockey, tennis, golf and skiing with his signature intensity in his spare time.